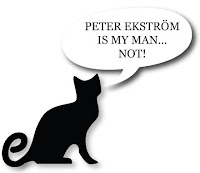 PETER EKSTRÖM is a senior lecturer in Nuclear Physics at Faculty of Science, Lund University in Sweden.
Today he commented on this weeks discussions about the E-Cat, first and foremost the Essén and Kullander report from the demonstration the 29th of March. Comments are in Swedish only. Scroll down to Appendix where he defines the main nuclear physics problems, related to E-Cat, in English.

His conclusions are that the E-Cat is resembling recent examples of hoaxes, such as the case with the BLACK LIGHT POWER, which has for nearly 20 years financed itself with the help from credulous investors, that believed in Randell Mills "new physics", that completely overthrow traditional quantum mechanics.
He mentions further that Rossis E-Cat in many ways conflicts with common knowledge of nuclear physics that has evolved during the past 100 years - since Rutherfords discoveries - and that the whole story seems to be a typical example of psuedo-science. He is convinced that the whole story is a scam, that will be revealed within one year.
CONTINUE READING HERE