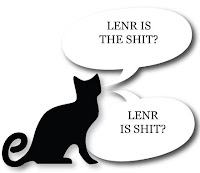 Today Defkalion released the following message on their website
"Wednesday 30th November, 2011Today, and through our company website, Praxen - Defkalion Green Technologies Global has disclosed its current work on Nickel and Hydrogen exothermic reaction using Chemically Assisted Low Energy Nuclear Reactions. The provided Technical Specifications Sheet is a first preparation of our pre-industrial Hyperion product. This data has been tested with progress made towards the design of a final product ready for market entry in 2012.Hyperion products will be introduced into the global market with applications for buildings, agriculture and industrial energy needs. Beyond the completion of the final product with all necessary certificates, our company has three key objectives for 2012: 1. Agreements with companies for exclusive licenses according to country / territoryWe have received interest in our license agreements from 850 companies from 60 countries. They have already received an invitation for testing our products on the basis of a license for their country. We expect to sign contracts in 2012 and have already started talks. 2. Third party independent tests for scientific purposes and advancement of theoryPraxen - Defkalion GreenTechnologies is a strong supporter of LENR technologies globally. Greece can become the global centre for R&D on LENR technologies. We have already received numerous requests from leading scientific authorities, academic institutions and national laboratories from key countries to conduct tests on our products. Our policy is to accept their requests, under agreed protocol, and to allow publication of their findings. The process of agreeing to dates for such tests depends on the availability of our staff and labs, keeping in mind that we run a business, not a technology show room.3. R&D-based joint venture partnerships with companies in niche market applications There are many applications that stand alone Hyperion products cannot service. In these cases, we will enter into joint venture agreements with companies that have specialized know-how and technologies in their field, but who will be able to utilize and capitalize on our technology to create entirely new products with ours. Examples of such partnerships have come from interested companies in the fields of marine propulsion, water desalination, off-shore drilling, trains, telecom towers, heavy vehicles, and micro energy sources. These agreements will be consistent with Praxen - Defkalion GreenTechnologies Global product development and R&D efforts. Praxen-Defkalion Green Technologies Global S.A."


A description of the Hyperion was released as well, here

Personally, I feel somewhat embarrassed to still wonder...
What to say?

As a reminder of this evenings lecture with professor Sven Kullander, I just re-post an earlier blogpost from 1:st of July " Professor Emeritus Sven Kullander (Chairman of Energy Committee Royal Swedish Academy of Sciences) is one of the Swedish physicists involved in the E-Cat discussions.
He was first interviewed in Ny Teknik and Swedish TV 4.(Swedish only)
He later went, together with Hanno Essén, to Bologna to visit Andrea Rossi, and observed a demonstration of an E-Cat conducted by Rossi. The visit resulted in this report, that included the following statements;


"Since we do not have access to the internal design of the central fuel container
and no information on the external lead shielding and the cooling water system we can only
make very general comments. The central container is about 50 cm
3
in size and it contains
0.11 gram hydrogen and 50 grams nickel. The enthalpy from the chemical formation of nickel and hydrogen to nickel hydride is 4850 joule/mol [6]. If it had been a chemical
process, a maximum of 0.15 watt-hour of energy could have been produced from nickel and
0.11 gram hydrogen, the whole hydrogen content of the container. On the other hand, 0.11
gram hydrogen and 6 grams of nickel (assuming that we use one proton for each nickel atom)
are about sufficient to produce 24 MWh through nuclear processes assuming that 8 MeV per
reaction can be liberated as free energy. For comparison, 3 liters of oil or 0.6 kg of hydrogen
would give 25 kWh through chemical burning.  Any chemical process for producing 25 kWh
from any fuel in a 50 cm
3
container can be ruled out. The only alternative explanation is that
there is some kind of a nuclear process that gives rise to the measured energy production."

Kullander brought back what was claimed to be used fuel from the E-Cat, as reported in Ny Teknik. According to an earlier post from Peter Ekström in a Swedish discussion forum, Kullander will in the near future present a detailed report, that describes the analysis of the fuel-powder and the results in depth.
Kullander now announces a lecture at Swedish University of Örebro, the 23th of November where he will speak, as I understand,  about the future of nuclear power, including a possible application of the cold-fusion achievements in Bologna.
Quote below is from the announcement of the lecture.(My translation)

"In the wake of the Fukushima-disaster, the discussion about the future of nuclear power, is again discussed. It´s a rush to replace the world's eighty percent dependent on fossil fuels coal, oil and gas. Severe climate change would be difficult to avoid without massive expansion of both renewable energy and nuclear power.
Great efforts are made to substantially improve today's nuclear reactors, both safer and more efficient than current reactors. In an even longer perspective, the hope is that hot-fusion on a large scale will be able to provide mankind with almost infinite amount of energy. But perhaps all these planned large-scale plants will get competition from small reactors, that can be every man´s property. The cold fusion technology recently developed in Bologna, which can be fitted in an apparatus not much bigger than a coffee-machine, that generates energy, with only a few "tea-spoons" of nickel-powder"


You find the announcement here (translated via Google)


Note. Sven Kullander also commented 9th of April in the blog Alekletts Energy Mix, why he got interested in the Bologna experiments. You find the blogpost here (translated via Google)

Four Swedish entrepreneurs, two of them particle physicists, run the site Ecat.com which since a couple of days takes pre-orders for Andrea Rossi’s E-cat. Ny Teknik got an interview.

"Italian scientist Andrea Rossi has spent the past year giving demonstrations of a device that he claims can generate large amounts of energy due to a little-understood nuclear process. His latest demonstration, performed on October 28th, has attracted some of the most mainstream media attention yet, with coverage by outlets including Fox News, Forbes, andMSNBC, among others. But the big question still seems to be whether Rossi’s E-Cat (energy catalyzer) device is a huge breakthrough or a huge scam. What’s making the answer so difficult to determine is the lack of a clear, scientific explanation of what exactly is going on."Read article here

"The apparent success of Andrea Rossi's E-Cat cold fusion demonstration on 28 October is starting to send ripples into the mainstream press. So what new clues do we have to settle whether it's the breakthrough of the century or the scam of the decade?
In the demonstration, overseen by engineers and technicians from Rossi's mysterious US customer, the device appeared to produce over 470 kilowatts of heat for several hours. The customer was evidently satisfied and paid for the device, though other scientists and journalists attending were not given close access to the test equipment."

"On 28 October 2011 Andrea Rossi performed an experiment with his E-cat in front of several journalists. He claimed to have liberated large amounts of thermal energy by using a simple inexpensive apparatus and small amounts of input energy. If his claim is correct, this would mean a major scientific breakthrough and the key to inexpensive clean energy. I argue that his experiment includes mistakes."
Read article here

"A physicist in Italy claims to have demonstrated a new type of power plant that provides safe, cheap and virtually unlimited nuclear power to the world, without fossil fuels or radiation concerns.
The only hitch: Scientists say the method -- cold fusion -- is patently impossible. They say it defies the laws of physics. Andrea Rossi doesn't seem to care. He told FoxNews.com that his new device takes in nickel and hydrogen and fuses them in a low-grade nuclear reaction that essentially spits out sheer power, validating the strange science."
Read article here

Edit:
Comments on the FOX News article on ecatnews.com

"A physicist in Italy claims to have demonstrated a new type of power plant that provides safe, cheap and virtually unlimited nuclear power to the world, without fossil fuels or radiation concerns.
The only hitch: Scientists say the method -- cold fusion -- is patently impossible. They say it defies the laws of physics.
Andrea Rossi doesn't seem to care. He told FoxNews.com that his new device takes in nickel and hydrogen and fuses them in a low-grade nuclear reaction that essentially spits out sheer power, validating the strange science."
Read article here

If you haven´t seen it I just want to recommend www.ecatnews.net if you still is looking for info about E-Cat and Andrea Rossi. The blog cross-links to most of the other cross-linking E-Cat blogs...:)
A similar collection of feeded links is found at http://ecatnow.com/