The silence of the Swedish media 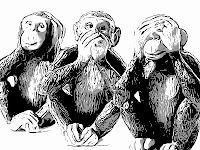 In connection with the 14th of January demonstration some Swedish media paid attention to Andrea Rossi and the E-Cat. An e-mail with a suggestion sent to various Swedish news-channels resulted in at least some coverage in four different news-channels; TV4, an article in Ny Teknik, as well as a small article in tabloid Aftonbladet and an even smaller note in Dagens Nyheter.

In the following articles in Ny Teknik, Mats Lewan has taken a
role as reporter that has been criticised for being way too credulous to Andrea Rossi´s claims.
Except for Ny Teknik´s follow-up there has been an almost complete absence of news about the E-Cat  in Swedish mainstream media. (after the initial articles mentioned)
Many starts to wonder why, and the most fantastic conspiracy theories are growing.
I have been in contact with two of the largest newspapers in Sweden; Svenska Dagbladet and Dagens Nyheter.

None of them have yet replied to the questions;
1) Is the E-Cat seen upon as being to insignificant to report about?
2) If not, what is the reason for the absence of coverage?


The situation is similar also for the rest of the world, except Italy and Greece, where at least some coverage has been done.
Two links that discuss the issue;
http://projectavalon.net/forum4/showthread.php?23616-Cold-Fusion-The-most-important-energy-NOT-to-be-released
http://www.prwatch.org/news/2011/04/10661/media-ignores-energy-breakthrough-worry-free-nuclear-power