During recent days several prominent researchers have expressed concern that if the E-Cat turn out to be a scam, the research-field of LENR will have even more difficulties to reach credibility from the established science community in the future.
Here is some older links about the issue.


Professor Peter L. Hagelstein is a principal investigator in the Research Laboratory of Electronics (RLE) at the Massachusetts Institute of Technology (MIT). His recent efforts have included continuing investigations of low-energy nuclear reactions. (LENR)
Here is an interview from March 2010 where he explains his interest and his experience in the LENR-field, and the practical problems related to it. Quote from interview;


PH:"With respect to funding, I don't know that funding has eased up in this field. For example, I don't have much in the way of funding these days. Most of my research is unsupported, and that's been true for a while. I'm going to the conference because I'm buying the ticket with my credit card, and I'm paying the conference fee with my credit card, and so forth. So, if there is funding, that's very nice, but I'm not familiar with available funding in this field these days.

TB: The one other big question I do have, and this is of course the one that's on everyone's mind, would be "how long do you think it would be before this technology is in use?". Knowing what you know now, and assuming things go relatively well.PH: If things go on the way that they're going on today, the answer is that it's never going to happen. There's fewer and fewer people each year, and the amount of resources are not great, and basically we're getting older. We're not going to live forever — I don't think we're going to live forever, anyway. Unless something changes, there's a very good change we're not going to finish our work before there's none of us left to do any of it. Generally new people have not been joining the field, and there's a lot of reasons for that. If a young person thinks of joining the field, he or she does it at peril of having a career ruined by association with being in the field. So, it's not guaranteed at the moment that this technology is actually going to make it into any kind of commercial used without a fundamental change in how things work. There needs to be some support in the field that's more significant than what's present now by a couple of orders of magnitude — at least. We need to find a way to remove the taint, such that young people can join in the field so we can hand down what we've learned — both in training up scientists in the field and making the science available in good documentation, journal papers, textbooks and that kind of thing."
Concering the E-Cat, Hagelstein made the following comments the 15th April this year.
"They've (Rossi and Focardi) been keeping the technical details under wraps because they aren't patent protected, so it's hard to tell what they're doing from the photos and written descriptions. There is essentially no information that's useful to ascertain whether they've done it."
"If some arrangement could be made we would love to do a test of the E-Cat at MIT to verify that it works," Hagelstein said.


This is precisely what the research-field of LENR would need; a serious, well-respected researcher on MIT, that is not dismissing the possibility of a scientific breakthrough, but is interested to perform further tests.
One might think that it would be just what Andrea Rossi and Defkalion Green Technologies as well as its investors and future customers also would strive for. However, Andrea Rossi responded not only professor Hagelstein but all "wannavalidate of the Planet" as follows;


Excerpts from Andrea Rossi´s reply;
"Should I accept, 24 hours per day, 365days per year would not be enough to be so much validated."
"Not to mention the fact that the real target of the wannabe validators, in 99 cases out of 100, is to get information and make industrial espionage, as already occurred to me with another “validator” with whom we severed any collaboration after getting evidence of the fact that data obtained from us have been utilized for a competition."I thank anyway Prof. Peter Hagelstein for his attention. If the MIT is interested to our product, they can buy a plant, and make all the validations they want.."

Andrea Rossi obviously does not trust the established science community.
But we all are supposed to trust Andrea Rossi. Without asking the hard questions.
Steven B. Krivit did. But instead of getting answers to the critical issues he highlighted in his preliminary report ,he was called a"snake". 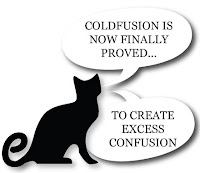 Here is a presentation from Berkeley  (not connected with Hagelstein, though) about prevoius coldfusion claims, that focus on Fleishmann&Pons. It is understandable that many are highly suspicious of new colf-fusion-claims and looks forward to independent testing. Hopefully this will be done in the R&D-programme at Bologna, that is claimed to be initiated soon.