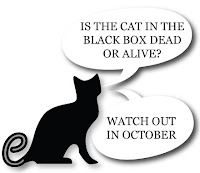 There are now so many blogs and websites dedicated to discuss the E-Cat and Andrea Rossi. While it perhaps made sense to have a blog to collect links during the first weeks after the Bologna-demonstration, there are now others that do the similar thing better.
So I will for now stop putting up links here, and instead just follow the discussions on
http://www.e-catworld.com/
http://peswiki.com/index.php/Main_Page
http://www.journal-of-nuclear-physics.com/
http://newenergytimes.com/v2/sr/RossiECat/RossiECatPortal.shtml
http://www.freeenergytimes.com/
http://22passi.blogspot.com/
http://www.nyteknik.se/
Swedish discussion forum
http://www.energikatalysatorn.se/forum/
There will be much speculation going on about the E-Cat and Andrea Rossi, at least until October when the promised power-plant, and Defkalion Green Technologies is to be introduced to the market. Soon we all will see whether this really is a scam or a revolution!
I really feel that I can´t wait.

On the one hand,  it seems highly unlikely that it is a scam.
As said before, there are several prominent scientists who seem to trust that the device works and there seems to be no reason for all of them to risk their careers.
The board registration of Defkalion seems to be real, although I don´t read Greek very well...or not at all, to be honest.
Andrea Rossi himself claims that he will "first deliver and then get paid. The customers are the only judge I need." He pays a his own money for the experiments that the university of Bologna will conduct.
Before Mats Lewan decided to write about the E-Cat in Swedish Ny Teknik, he contacted the most trustworthy physicists in Sweden that he could think of regarding this issue, Hanno Essén and Sven Kullander.
He was really surprised that their response were curiously positive. After visiting Andrea Rossis lab, Sven Kullander and Hanno Essén remarkably claimed that "It is a nuclear reaction", going on.
After visiting the Andrea Rossi lab, in purpose to execute more refined testing of the E-Cat, Mats Lewan came to the same conclusion.

Rossi has promised to bring the E-Cat to prominent Swedish universities for further tests. If it all turn out to be a well-conducted scam, he will have a hard time to come back, and it would seem as a highly stupid tactic to attract venture capitalists by using the kind of self-assured statements as he has done.
I also regard a lot of criticism against his way of acting from the established science community, as a critique from a methodological point of view. But Andrea Rossi is no scientist, he is first and foremost an entrepreneur and a businessman, and acts and thinks as such.
The false claims of Fleischmann and Pons in 1989, also seems to have injected most of the science community with fear rather than curiosity about the possibilities of coldfusion.

On the other hand, there is the majority of the science community that is dismissing the test results as impossible. And because Science has been my Religion since childhood days, I personally have a hard time to believe that the common Knowledge of nuclear physics-that has evolved during the past 100 years- would be that flawed and incomplete, as would be necessary in order to get the E-Cat sing.  But I also choose to listen to Nobelprize-winner Brian Josephson; "If scientists as a whole denounce an idea, this should not necessarily be taken as proof that the said idea is absurd; rather, one should examine carefully the alleged grounds for such opinions and judge how well these stand up to detailed scrutiny."

I really have a hard time to understand the whole thing. And perhaps that is why I look forward so much to follow the development of Andrea Rossi´s remarkable claims. There is so much I just don´t understand, and for me it is one of the most creative, enjoyable states to be in.

However (no matter how much I doubt this spectacle), until October, I will live in a hope that the dream of an almost infinite energy source finally is about to become true. And if it is, I hope that the inhabitants of Spaceship Earth are wise enough to handle that with care.
/dl